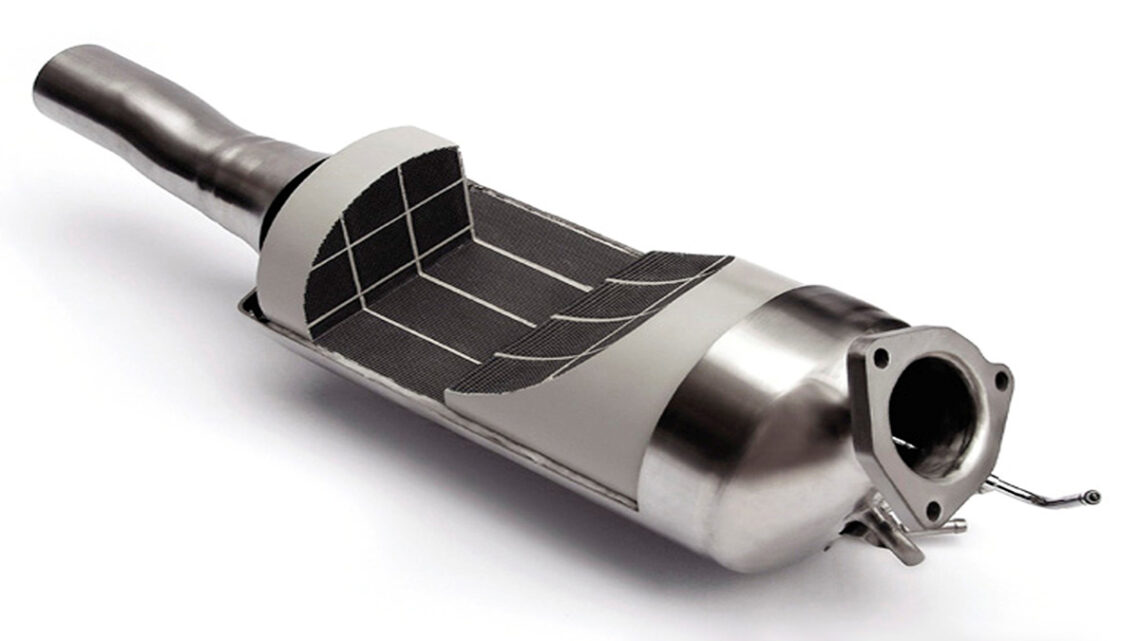 The introduction in 2005 of the EURO-4 environmental standard, which regulates the amount of harmful emissions into the environment by cars with internal combustion engines, forced car manufacturers to apply a technical solution that would significantly reduce emissions of substances harmful and hazardous to human health (soot, nitrogen oxide NOx , carbon monoxide, etc.)
It is for this reason that most modern diesel vehicles manufactured since 2004 are equipped with a soot neutralization system, the main element of which is a “particle filter”.
The name itself – “particulate filter” – explains its purpose: to trap soot particles, which are a product of diesel fuel combustion.
The most widely used diesel particulate filters are:

How the particulate filter works

The diesel particulate filter is a metal cylinder filled with a special heat-resistant ceramic material with a cellular structure, which is able to trap fine particulate particles. The engine control unit monitors the throughput of the particulate filter and, if necessary, initiates regeneration, i.e. the process of cleaning the filter from accumulated soot. Regeneration is passive and active. With passive regeneration, soot is burned while the car is moving under load, for example, when driving on a highway, when the temperature in the filter reaches 350-400 degrees and above. When driving around the city or over short distances, in the case when it is not possible to warm up the particulate filter to the desired temperature, and the sensors record that the filter is above normal, the process of active regeneration is started. To do this, after the main portion of fuel, another additional fuel is supplied to the engine cylinders, the EGR valve is closed, if necessary, the turbine geometry control algorithm is changed. The incompletely burnt mixture, through the exhaust manifold, enters the catalyst, which is installed in front of the particulate filter, and its afterburning takes place there. In this case, the temperature of the exhaust gases passing through the catalyst increases significantly. Further movement of heated gases along the exhaust tract leads to an increase in the temperature in the particulate filter up to 500-700 degrees. The soot begins to burn off. This may be evidenced by black smoke coming out of the chimney. Instantaneous fuel consumption and idle speed are increased. 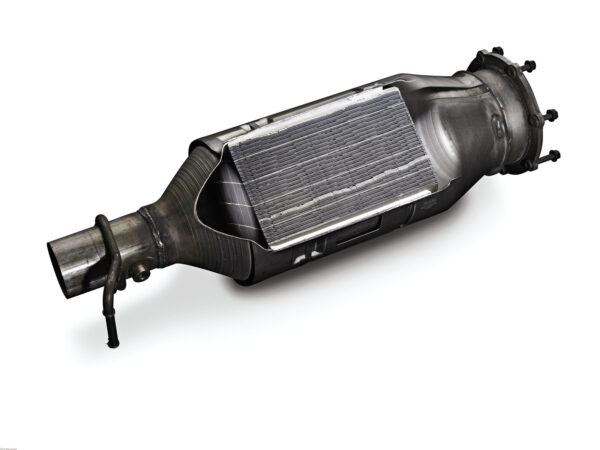 In the exhaust system of turbo diesel vehicles complying with the Euro-4 standard, there are usually three sensors: a temperature sensor, an oxygen sensor and a differential pressure sensor. If the engine control unit detects incorrect operation of any of the components of the system responsible for controlling the correct mixture formation, oxygen sensor, flow meter, EGR system, fuel level sensor, reagent (urea) level sensor, fuel level sensor in the tank, and some others, this will lead to the impossibility of regenerating the particulate filter. As a rule, in such cases, the emergency operation of the engine is activated (the warning symbol on the instrument panel will light up, the engine will lose traction, the maximum speed will drop to 2500-3000 min-1, the fuel consumption will increase and the smoke of the exhaust will increase) It is important to note that numerous unsuccessful attempts the regeneration of the particulate filter does not pass without leaving a trace for the car. During the regeneration process, the enriched air-fuel mixture does not completely burn out, and part of the unburned fuel still gets into the engine oil, and thereby dilutes it. Over time, you will notice that the oil level has become significantly higher than the “max” mark. This not only reduces the lubricating and protective properties of the oil, which can harm the engine. Low viscosity oil overcomes seals more easily and leaks can be detected in the most unexpected places. And the ingress of oil into the intercooler, and then, together with the forced air into the engine cylinders, can cause an uncontrolled combustion process, up to the physical destruction of the engine.

The consequences of operating a car with a clogged particulate filter
Often, a blockage in the particulate filter and high pressure inside the exhaust tract causes the EGR valve to fail in the exhaust gas recirculation system. Conversely, a faulty EGR valve can be the root cause of a DPF failure.
The symptoms of a particulate filter problem are:
– decrease in engine thrust
– periodically appearing increased smoke of exhaust gases
– increased fuel consumption
– unstable idle speed
– increased level of engine oil in the engine
– unnatural, hissing sound when the engine is running
– warning signal in the form of a DPF filter icon on the instrument panel

There are three ways to eliminate problems associated with DPF and EGR filters: