At the beginning and at the end of the test, at the end of 80,000 km, exhaust gas emission test cycles were carried out according to European standards. 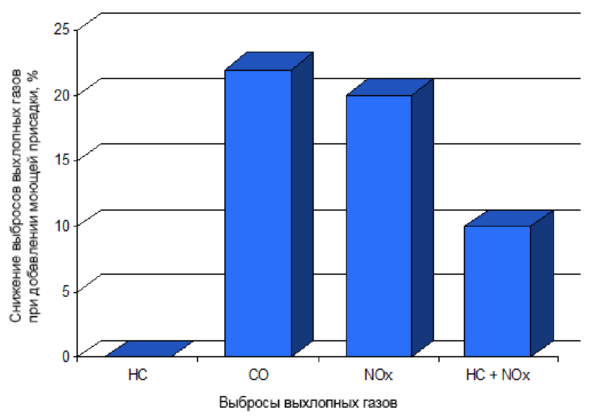 Cars fueled with detergent fuels had lower carbon monoxide (CO) and nitrogen oxides (NOx) emissions, respectively, by 22% and 20%, while unburned hydrocarbons remained largely unchanged. This positive effect can be attributed to the cleanliness of the intake system in combination with the control of deposits in the combustion chamber.

Exhaust emissions were also measured during this program. The results show that the spent catalysts on the two vehicle models, powered by detergent fuels, maintained their effectiveness over the 80,000 km road test program. However, this does not apply to machines running on base fuels. One of the base-fuel vehicles required a catalyst replacement after about 40,000 kilometers. At the end of this test, the quality of the spent catalyst also deteriorated significantly and showed signs of damage indicating overheating or melting of the catalyst bed surface. 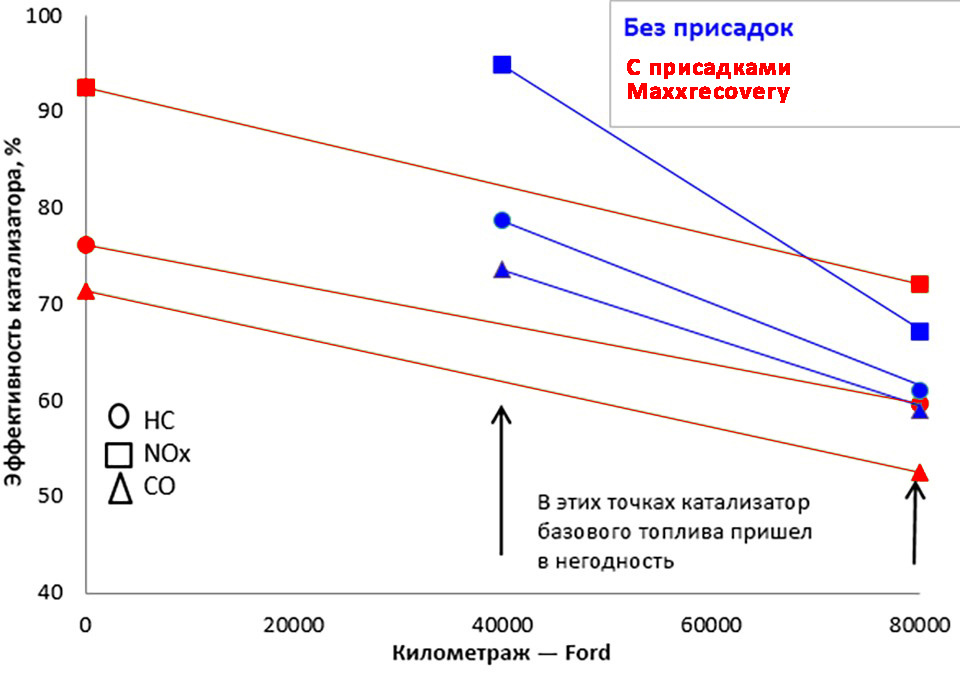 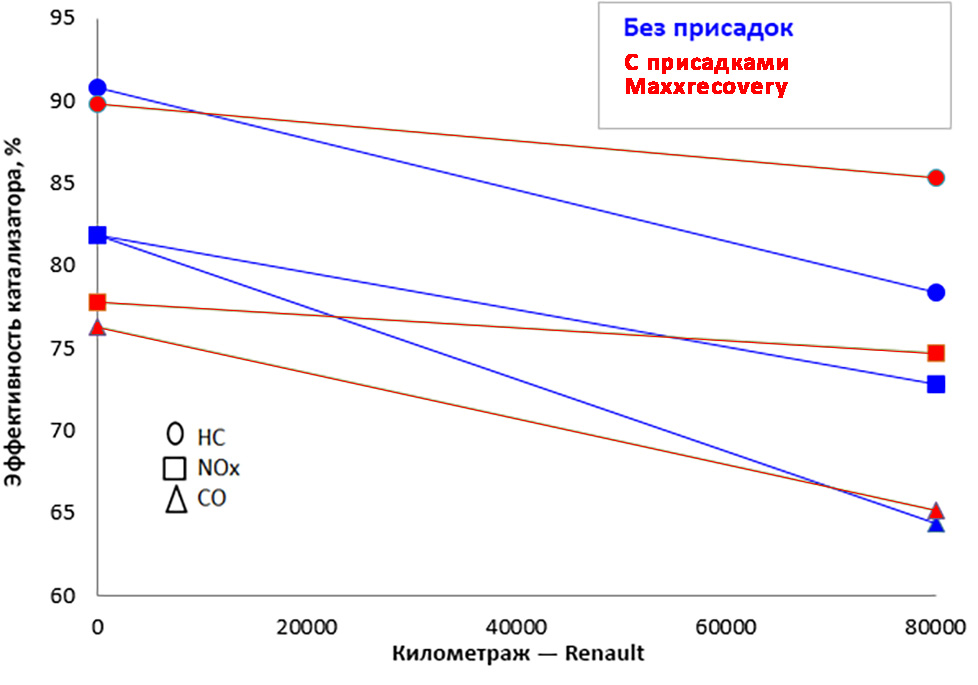 Catalyst deterioration on vehicles running on non-additive fuels may be due to an air / fuel ratio out of the normal narrow range. The misalignment was probably due to a large accumulation of deposits in the intake valve. Poor air / fuel mixture adjustment can in turn lead to thermal damage to the catalyst bed. This was not observed on cars running on detergent fuels, as the intake systems were kept clean during the road test, which allowed the regulation system to function as expected.

In the event of such damage, exhaust emissions are likely to increase. Comparison of tailpipe emissions from two Renaults vehicles showed that HC, CO and NOx emissions were reduced by 63%, 34% and 53%, respectively, on a car fueled with detergent fuel. In addition, reduced catalyst life leads to a significant increase in maintenance costs.